The Romantic Novelists’ Association Summer Party….well, as it had ‘summer’ in the title, it was of course raining! As I splashed my way from Covent Garden to the party venue at the Royal Overseas League, I was extremely glad that I’d been organised enough to bring a pair of emergency shoes for the party.

It was my first time at the RNA Summer Party, and it was all the more special as I was attending as a finalist for the Joan Hessayon Award. The Joan Hessayon Award is a prize for authors whose books have gone through the Romantic Novelists’ Association New Writers’ Scheme. It is awarded in memory of the late Joan Hessayon, who was a huge supporter of the New Writers’ Scheme. This year there were eleven finalists, including myself, for the award, and I was very proud to be among their number. 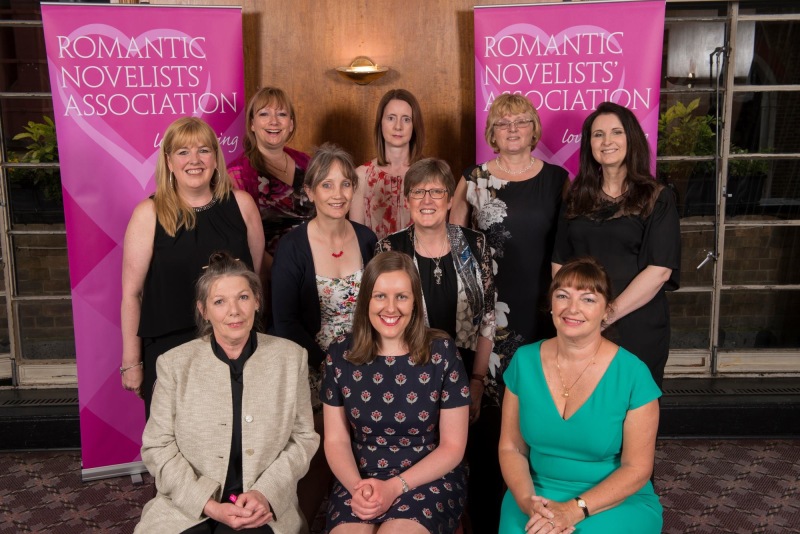 We finalists arrived early for our official photo, and to have a chance to have a proper chat with each other. It was really nice to compare notes about our journeys to publication and to talk all things writing. Before long, the party was in full swing. As you can imagine at an event for romantic novelists, the room was full of interesting and lovely people. I was nearly hoarse by the end of the evening from all the chatting! I’m beginning to think this is just standard at RNA events (see my blog post after attending the RNA Winter Party.)

The Joan Hessayon Award ceremony was held early in the evening when everyone was armed with a glass of bubbly to toast the nominees. It was really wonderful to hear such nice things said about my book ‘Who Does He Think He Is?’ and I’m so honoured to have been a finalist. The overall winner was Kate Field with her novel ‘The Magic of Ramblings’, which I’m very much looking forward to reading.

I had a thoroughly enjoyable time catching up with old friends and making new ones. Thank you so much to the RNA committee for arranging the event, and also thank you to Dr David Hessayon for kindly sponsoring the award in memory of his wife.